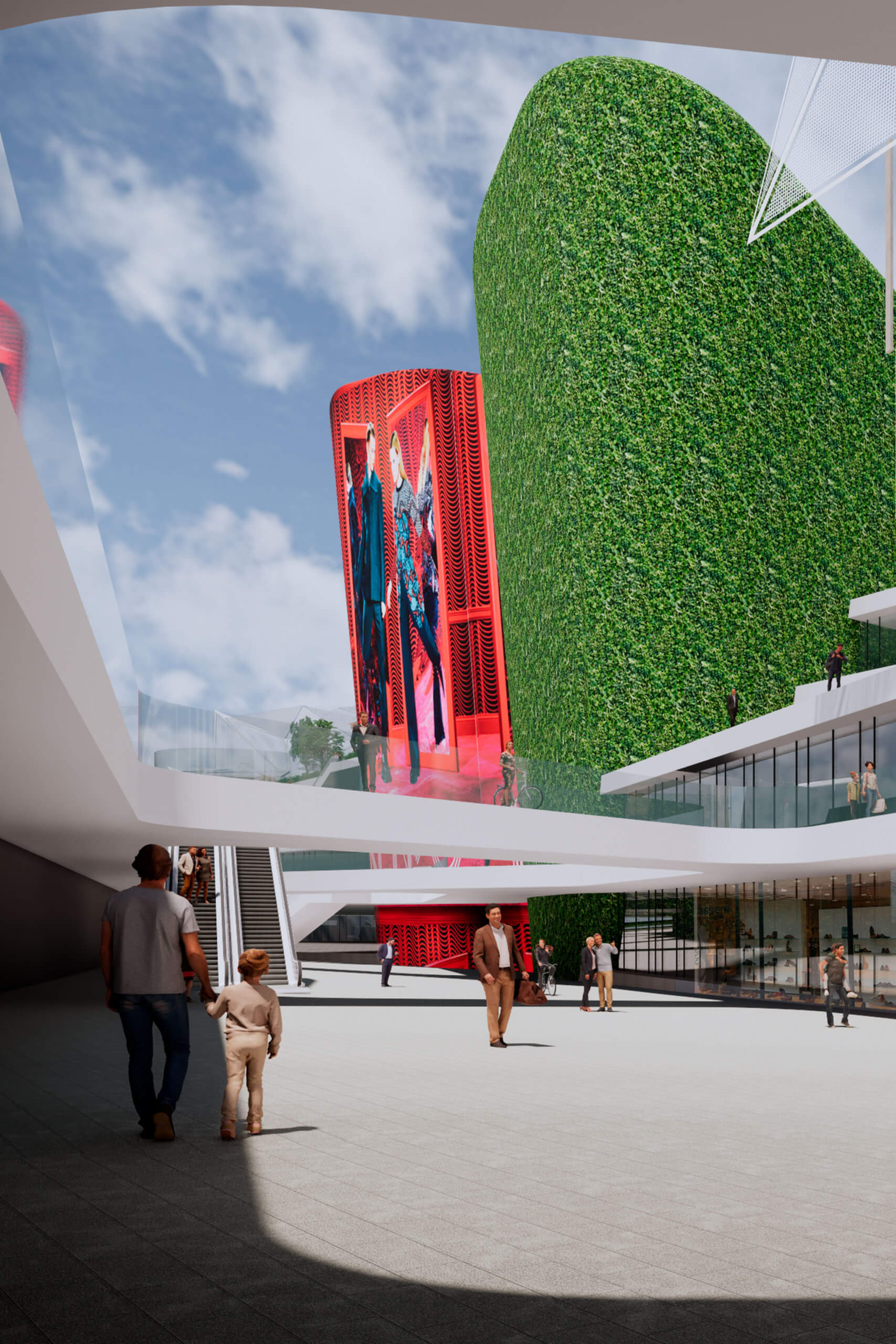 The competition arises from the collaboration with the engineer Huahui Engineering Design Group Co. Ltd. that received the comission.

The project consists of a central shopping center and an office tower.

The plan and height were defined by the existing program,  hence the final volume was defined by the building’s envelope, a silk skin that is supported by a perimeter structure on the facade and roof, seeking to give lightness to the whole. This skin served to illuminate the building and promote advertisements allowing its facade to be changing and dynamic. On the other hand, few ovoid, egg-shaped elements emerge from building zone, conforming the entrances and patios of lights.

The roof becomes a park with access to the building through the leisure area and is connected by elevated walkways to the north and south with two city parks on adjoining plots. This was intended to favor the connection of the city with the building through a pedestrianized way.

The office tower next to the shopping center is crowned with an open terrace from which the vegetation hangs over the entire facade.